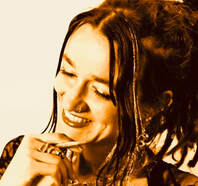 Francesca Ferrando teaches Philosophy at NYU-Liberal Studies, New York University. A leading voice in the field of Posthuman Studies and founder of the NY Posthuman Research Group, she has been the recipient of numerous honors and recognitions, including the Sainati prize with the Acknowledgment of the President of Italy. She has published extensively on these topics; her latest book is Philosophical Posthumanism (Bloomsbury 2019). In the history of TED talks, she was the first speaker to give a talk on the topic of the posthuman. US magazine "Origins" named her among the 100 people making change in the world. She is the Founder of the Global Posthuman Network; she is one of the Founders of the NY Posthuman Research Group, of the Global Posthuman Symposiums, and of the World Posthuman Society.
​Info: http://www.theposthuman.org/ 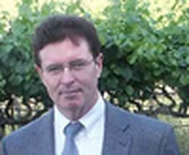 Kevin LaGrandeur, is Professor of English at the New York Institute of Technology (NYIT), and Director of Technical Writing Programs; he is also a Fellow of an international think tank called the Institute for Ethics and Emerging Technology (IEET).  He began exploring the intersections between digital technology, culture, philosophy, and English studies in the early 1990’s and was an early adopter of digital technology in the English classroom. Dr. LaGrandeur has written many articles and conference presentations on digital culture; Artificial Intelligence and ethics; and literature and science.  His publications have appeared in journals such as Computers & Texts, Computers and the Humanities, and Science Fiction Studies; in books such as Eloquent Images: Word and Image in the Age of New Media; and in popular publications such as United Press International (UPI). His most recent book is on the pre-modern cultural history of AI, titled Androids and Intelligent Networks in Early Modern Literature and Culture: Artificial Slaves (Routledge, 2013). His more recent conference presentations and publications have been on transhumanism and the posthuman. ​He is one of the Founders of the NY Posthuman Research Group and of the Posthuman Global Symposiums.
Info: http://ieet.org/index.php/IEET/bio/lagrandeur/

Farzad Mahootian is a Clinical Professor at NYU-Liberal Studies. He is one of the Organizers of the NY Posthuman Research Group and one of the Founders of the Posthuman Global Symposiums.
Info:  https://liberalstudies.nyu.edu/content/nyu-as/liberalstudies/about/faculty-listing/farzad-mahootian.html

Jim McBride is a Clinical Professor at NYU-Liberal Studies. He is one of the Organizers of the NY Posthuman Research Group and of the Posthuman Global Symposiums.
Info: https://liberalstudies.nyu.edu/content/nyu-as/liberalstudies/about/faculty-listing/james-mcbride.html 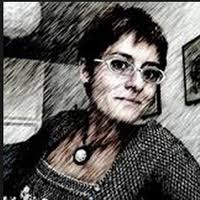 Yunus Tuncel, Ph.D., is a co-founder of the Nietzsche Circle based in New York City and serves on its Board of Directors and the Editorial Board of its electronic journal, The Agonist. His doctoral dissertation on Nietzsche’s philosophy is entitled “The Principle of Agon in Nietzsche’s Thought.” (The New School for Social Research, 2000). Yunus Tuncel has been teaching philosophy at the New School since 1999 and NYU’s Liberal Studies Program since 2001. In addition to typical philosophy classes, he teaches inter-disciplinary topical classes on power, taboo & transgression, gai saber & the troubadours, crime & punishment, and spectacle. He organizes textual workshops to read philosophical texts closely. In addition to Nietzsche and history of philosophy, he is interested in the twentieth century French thought and recent artistic, philosophical, and cultural movements, including trans-humanism and post-humanism. His primary areas of research are art, culture, myth, sports, and spectacle. He is interested in the fusion of art (all forms of art) and philosophy in various cultural formations. In recent times he has undertaken a project called Philomobile to explore, with interested searchers, the works and lives of philosophers on location within their historical context. His most recent book, Agon in Nietzsche, was published in 2013 by Marquette University Press. He is one of the Founders of the NY Posthuman Research Group, of the Global Posthuman Symposiums, and of the World Posthuman Society.
Info: http://www.philomobile.com 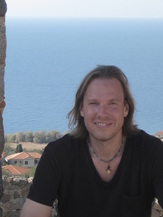 ​Thomas Steinbuch teaches at the Zhejiang University of Science and Technology. He is a Nietzsche scholar who pioneered reading Nietzsche through the lens of epigenetic evolution. He is co-founder of the World Posthuman Society and one of the Editors of the Blog "Posthumans". He lives in Hangzhou City, Zhejiang Province, P.R. China.
Info: ​https://zust.academia.edu/ThomasSteinbuch

Julian Boilen is the Co-Director of the Podcast "Posthumans", and Video-Producer of the Vlog "Posthumans" since 2020.
Info: ​https://julianboilen.com/

​Matigan is thrilled and honored to be interning for the New York Posthuman Research Group. An NYU student having just finished her sophomore year, she is pursuing a double major in Journalism and French. She is also the creator and author of her personal blog: labeautedetre.com

​ 汤禹 Selina Tang is an undergraduate student at NYU, majoring in Philosophy and minoring in French.