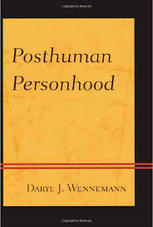 Posthuman Personhood takes up the ethical challenge posed by Francis Fukuyama's work, Our Posthuman Future. Daryl J. Wennemann argues that the traditional concept of personhood may be fruitfully applied to the ethical challenge we face in a posthuman age. He draws upon Wilfrid Sellars' treatment of the concept of a person within "the manifest image of man in the world." Sellars proposed that we develop a stereoscopic view of reality that includes both a scientific understanding of the world and a meaningful place for persons living and acting in the world. Following Mary Anne Warren, Wennemann develops a distinction between two meanings of the term "human," a biological meaning and a moral meaning, and maintains that all (biologically) human beings are persons. But, it is not necessarily the case that all persons must be (biologically) human. After drawing on a contemporary version of Kant's distinction between a theoretical possibility and a real possibility, the book posits that biologically non-human persons like robots, computers, or aliens are a theoretical possibility but that we do not know if they are a real possibility. Finally, Wennemann describes an ethic of self-limitation for the posthuman age.

This book explores the creation and use of artificially made humanoid servants and servant networks by fictional and non-fictional scientists of the early modern period. Beginning with an investigation of the roots of artificial servants, humanoids, and automata from earlier times, LaGrandeur traces how these literary representations coincide with a surging interest in automata and experimentation, and how they blend with the magical science that preceded the empirical era. In the instances that this book considers, the idea of the artificial factotum is connected with an emotional paradox: the joy of self-enhancement is counterpoised with the anxiety of self-displacement that comes with distribution of agency.  In this way, the older accounts of creating artificial slaves are accounts of modernity in the making—a modernity characterized by the project of extending the self and its powers, in which the vision of the extended self is fundamentally inseparable from the vision of an attenuated self. This book discusses the idea that fictional, artificial servants embody at once the ambitions of the scientific wizards who make them and society’s perception of the dangers of those ambitions, and represent the cultural fears triggered by independent, experimental thinkers—the type of thinkers from whom our modern cyberneticists descend

HOSPITALITY OF THE MATRIX: PHILOSOPHY, BIOMEDICINE, AND CULTURE 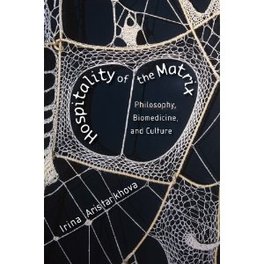